3 ΟΜΣΣ Λειτουργίες της ΟΜΣΣ; Κατασκευή της ΟΜΣΣ; Vertebral Column
The normal vertebral column is made up of 29 vertebrae (7 cervical, 12 thoracic, 5 lumbar and 5 sacral) and the coccyx. Anteriorly, the vertebrae are connected via secondary cartilaginous joints, which form the intervertebral discs. Posteriorly, the neural arch has paired synovial joints, known as facets or zygapophyseal joints. Contours of the Spine The overall contour of the spine in the coronal plane is straight. However, in the sagittal plane the contour changes with development. At birth, there is a kyphotic posture to the whole spine (primary curves). With development of the erect posture, lordotic (secondary) curves develop in the cervical and lumbar spines. The spine has many functions in providing humans with the ability to lead the lives they do. Strength and Support The spine provides strength and support for the remainder of the human body with particular attention to the heavy bones of the skull. The thoracic region of the spine is particularly responsible for the task of offering strength and stability to the body. The lumbar region has the job of carrying most of the body’s weight and allows for movements of flexion but not rotation. The spine and its curvaceous nature coupled with the array of muscles and tendons, provide our bodies with a method of being able to distribute our weight, and adapt to our changing bodies such as weight gain or pregnancy. During times of carrying extra weight the curves of the spine become more marked in order to for the body to balance by finding the centre of gravity and maintaining it. The presence of muscles, ligaments and tendons allow for this flexibility. Movement The intricate design of the spine and its accompanying structures of muscles, tendons, ligaments etc, permit the body to move in ways such as bending, stretching, rotating and leaning. Blood Supply The vertebrae provide plenty of bone to produce red blood cells and minerals from within the hollow interior chamber of the bone, known as bone marrow. There are two types of bone marrow; red and yellow. Red bone marrow is responsible for the production of red blood cells, platelets and white blood cells, while yellow bone marrow contains high levels of fat cells and also produces some amounts of white blood cells. Protection of Major Organs The skeleton allows a base for the ribs to attach which surround and protect our major organs. The term ribcage is actually defined as being the sternum (breast bone), 12 pairs of ribs and the 12 thoracic vertebrae. All human ribs attach to the spine, but only the upper 7 pairs attach to the sternum. The ribs form the cage of protection around the heart and lungs. Absorption of Impact The spine provides a way of absorbing impact by containing intervertebral discs. These discs are situated between each vertebrae and as well as preventing the vertebrae from ‘bumping’ into each other, they contain a substance that absorbs forceful motion preventing the impact from being transferred to the next vertebra, much like a shock absorber. Other Functions The spine provides a means of connecting the upper and lower body via the sacrum which connects the spine to the pelvis. The coccyx does not have a useful function in modern mankind. Newborn babies have fairly straight spines, and it isn't until they begin to hold the weight of their head independently, that the spine develops its characteristic curves.

6 ΖΥΓOΑΠΟΦΥΣΙΑΚΕΣ ΑΡΘΡΩΣΕΙΣ/FACET
Που είναι; Τι είδους άρθρωσης είναι Ποια η λειτουργία τους The spinal column has real joints (just like the knee, elbow, etc.) called facet joints. The facet joints link the vertebrae together and give them the flexibility to move against each other. The facets are the "bony knobs" that meet between each vertebra. There are two facet joints between each pair of vertebrae, one on each side. They extend and overlap each other to form a joint between the neighboring vertebra facet joint. The facet joints give the spine its flexibility. The facet joints are synovial joints, structures that allow movement between two bones. The ends of the bones that make up a synovial joint are covered with articular cartilage, a slick spongy material that allows the bones to glide against one another without much friction. Synovial fluid inside the joint keeps the joint surfaces lubricated, like oil lubricates the parts of a machine. This fluid is contained inside the joint by the joint capsule, a watertight sac of soft tissue and ligaments that fully surrounds and encloses the joint.

7 Ο ΜΕΣΟΣΠΟΝΔΥΛΙΟΣ ΔΙΣΚΟΣ
The intervertebral discs lie between the adjacent superior and inferior surfaces of the vertebral bodies from C2 to S1, and are similar in shape to the bodies. In cervical (image) and lumbar (animation) regions, discs are thicker anteriorly as is the body of the fifth lumbar vertebra, and these contribute to the normal lumbar lordosis. In the thoracic region each is of uniform thickness. The discs contribute 20-25% of the length of the vertebral column. Each disc comprises of an ‘inner nucleus pulposus’, an outer ‘annulus fibrosus’ and limiting cartilage end-plates. The annulus and end-plates anchor the disc to the vertebral body. Apart from the outer few lamellae, the disc is avascular and aneural gaining its nutrition by diffusion from the adjacent vertebral body. The nucleus pulposus (image) , which is better developed in the cervical and lumbar regions is a soft hydrophilic central region with a three dimensional lattice of collagen fibers. It surrounds large extra-fibrillar spaces and contains glycosaminoglycans to enable it to retain fluid. Its water content decreases with age; initially it contains gelatinous material, which over the years is gradually replaced by fibrocartilage leading to changes in the mechanical behavior of the disc. During growth the nucleus increases in size at the expense of the inner lamellae of the annulus. The annulus fibrosus is a series of laminae, each of which is composed of obliquely arranged collagen bundles whose obliquity alternates between adjacent laminae; the obliquity is greatest in the inner lamellae. Postero-laterally the lamellae are less well organized. The annulus increases in size by the addition of new lamellae at the periphery. Some elastic fibers are also present. Cartilage end-plates consist of a hyaline cartilage covering on each surface of the vertebral body; this is the anatomical limit of the disc. The posterior aspect of the disc forms part of the anterior wall of the vertebral foramen. As the spinal nerves pass through the intervertebral foramina, they lie directly behind the disc. Posterior bulging of the disc may compress the spinal cord as well as individual nerve roots. Except for the annular fibres the disc is avascular after age of 10 Hence the disc relies mainly on nutrient diffusion via the endplates The disc is innervated in the superficial or outer 1/3 of the annulus

10 ΕΙΚΟΝΕΣ ΔΙΣΚΟΥ http://arthritis-research.com
The normal and degenerate lumbar intervertebral disc. The figure shows a normal intervertebral disc on the left. The annulus lamellae surrounding the softer nucleus pulposus are clearly visible. In the highly degenerate disc on the right, the nucleus is desiccated and the annulus is disorganized. Urban and Roberts Arthritis Res Ther :120   doi: /ar629 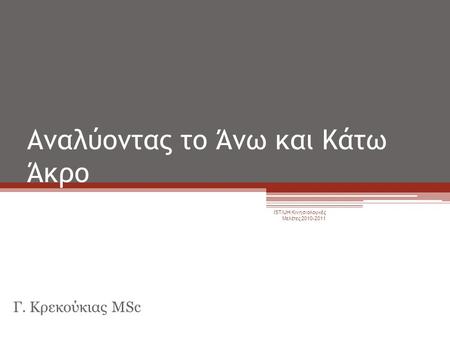 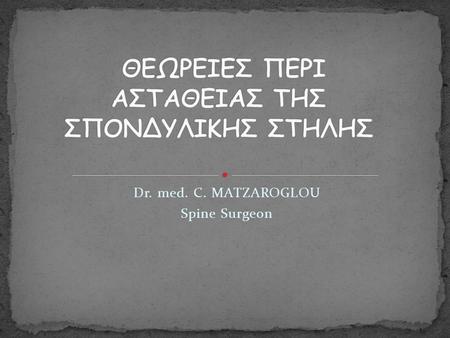 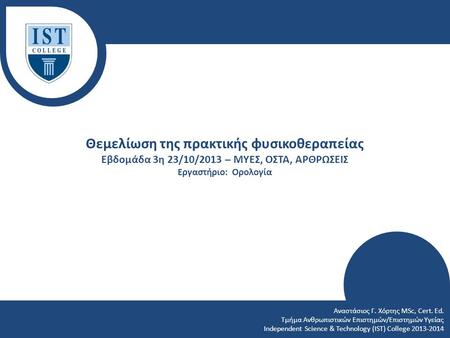 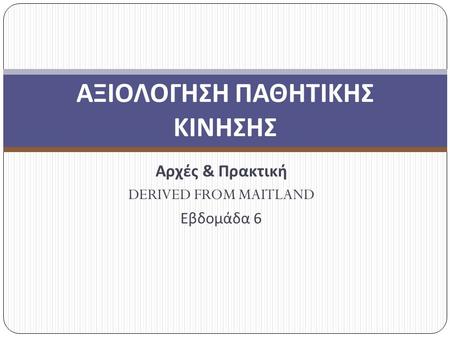 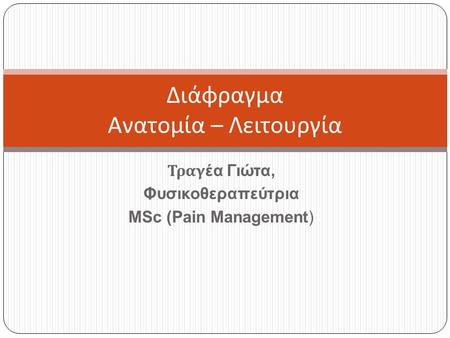 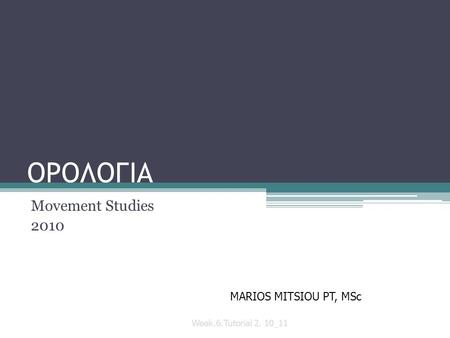 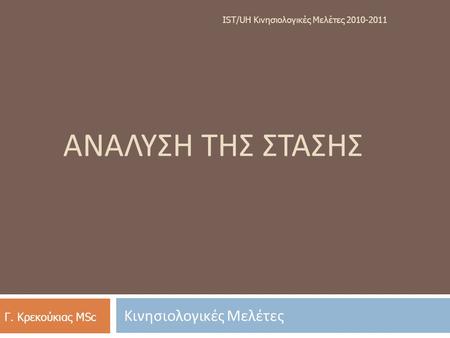 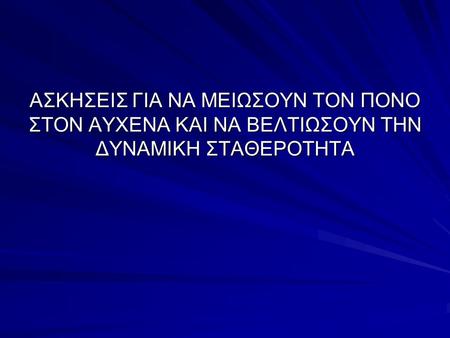 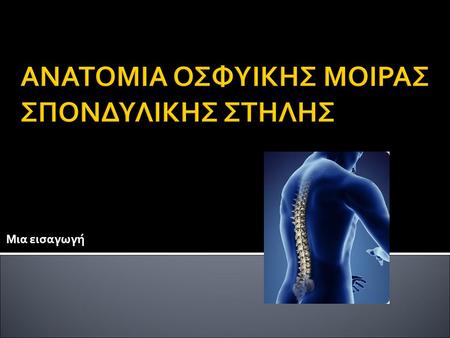 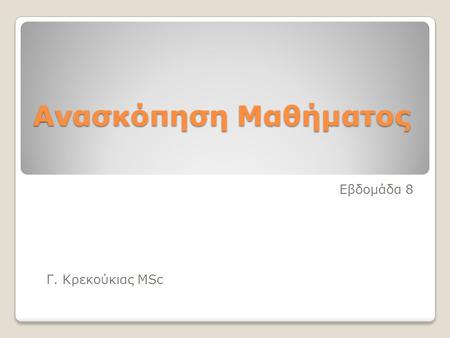 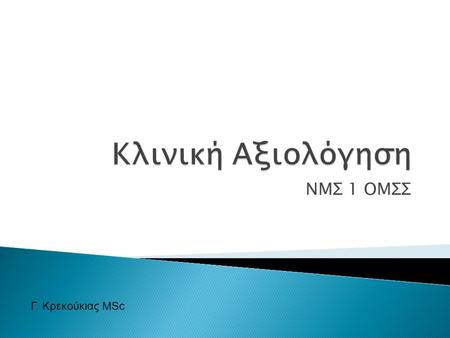 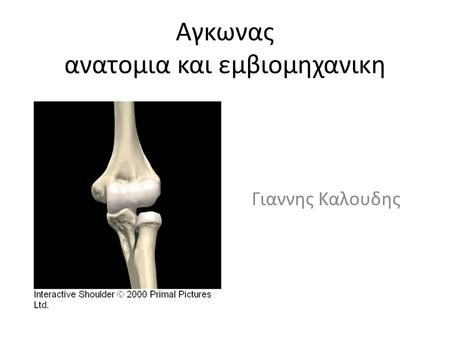 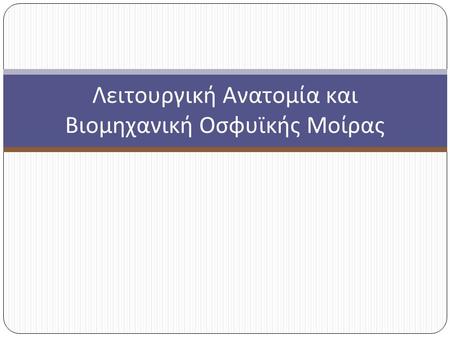 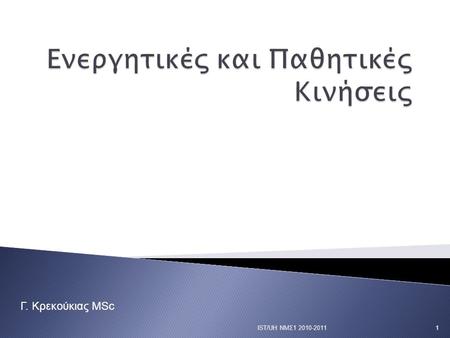 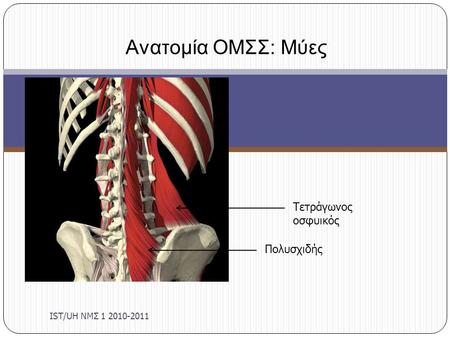 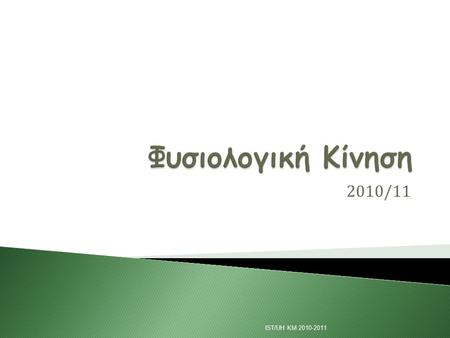 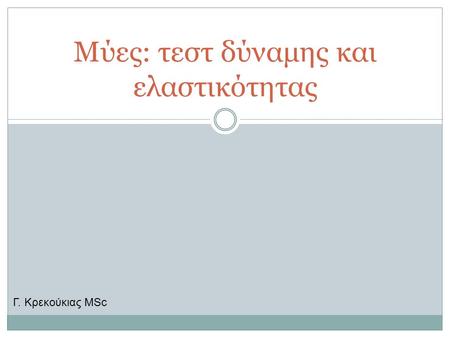 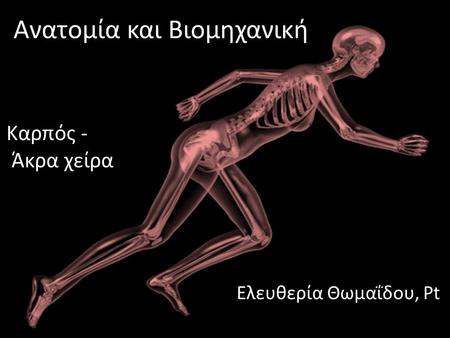 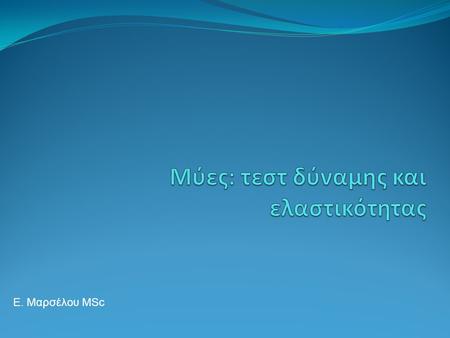 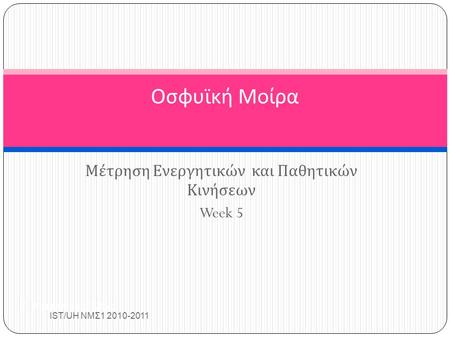